Join Baobab Lounge for a wine tasting event featuring Tinashe, winemaker of Kumusha Wines. The event will include 5 courses of small plates along with 5 wines.

About Tinashe:
Born in Harare, Zimbabwe, Tinashe worked his way up to the position of manager at a grocery store when Zimbabwe fell into economic crisis. After moving to Cape Town in South Africa, he found work polishing cutlery at the fine dining restaurant, The Roundhouse. After being promoted to waiter and without any prior experience of wine, Tinashe learned from the beverage director, eventually landing a job as wine steward at Nobu - an establishment of the One & Only group. In 2013 he wins the Reaching for the Young Stars Best Wine Steward Award. He then works at the Oyster Box hotel in Durban, before returning to Cape Town to become the head sommelier at The Test Kitchen. 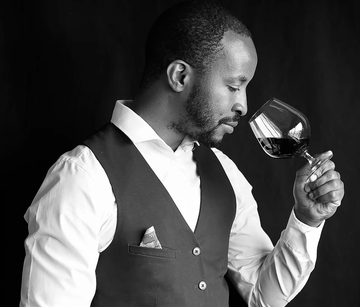